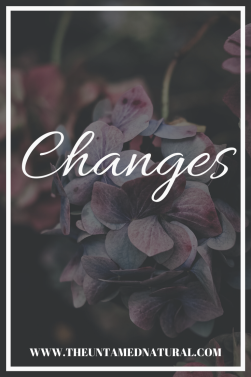 I think I wrote this a million times.  In my mind, I kept thinking that nothing less than perfection would even be remotely acceptable; but as of late, I’m learning that pushing myself too hard has serious consequences.  February 24th was one of the scariest days of my life, and I wish I could say it was something temporary and I’ve moved on completely, but there’s still a long road of recovery and lifestyle changes.

It’s no secret, I’ve been open about my issues with PCOS over the last couple of years and the drastic toll it has taken on my body.  There were so many symptoms that I noticed, but ignored them because, in my mind, I didn’t want to seem weak. I’ve always tried to play as if nothing is wrong when sometimes, I am in the most unbearable pain known to man.  In November, I went to my doctor complaining of pain in my lower left stomach, a pain that I had actually been feeling maybe almost two months, but kept pushing it off and thinking it would go away. From there, I was sent to get a cat scan and sit in agony for almost 12 hours (not much time, at all), only to be called the next morning bright and early urging that I come in to go over test results.  The pain I had been feeling was an almost 6-7 cm cyst sitting on top of my left ovary. I mean, nothing serious, right? To be honest, at the time I wasn’t sure. My primary, unable to do anything for me at the moment, sent me to E.R where they immediately began running tests, drawing blood, and throwing all of these scenarios in my face. Surgery? Maybe. No surgery? Not sure. I was given pain meds, a pat on the back and urged to follow up with my OBGYN who, at first, wasn’t going to see me for over a week, until I cried and begged them to see me the next day because the pain was beyond anything I could control at the moment.  Not to mention I was bleeding uncontrollably and not sure why, either.

I met with the OB the next day who, literally, ignored my cry for pain and stated that at the moment, surgery simply wasn’t necessary and it could potentially go away on it’s own.

That pain has never gone away, and in fact, has multiplied.  See, what they failed to tell me at that time was that they had also discovered fibroids and although they were small in size, at the time, that was also a huge source of pain that I was unaware of.  The plan was to follow up in a month … that was the plan. Instead, my first appointment has to be scheduled due to a shortage of ultrasound techs, the second was cancelled because they were overbooked, and the third was canceled … it was now January and still nothing. Fast forward to February and I swear, it was like my body was going crazy.  I would be at work and all of a sudden, my legs would buckle and I felt like I was going to pass out. My lower back felt like it was on fire, my stomach was in literal knots, there was extreme pressure on my bladder every time I even attempted to use the restroom. I knew something was wrong and yet I still kept trying to hide it from my friends and family.  Finally, February 24th, I couldn’t take it anymore – I was almost 9 days in on my cycle, blood clots the size of a half dollar or larger coming out of me and for the life of me, I couldn’t get warm.  I was wrapped in blankets wearing sweatshirts, sweatpants, everything I could to console my body and yet nothing worked. I can’t tell you what strength I found to get into the car and drive to the E.R, but it was a good thing that I did. I was bleeding so much that I was told I could not walk out of the hospital without having a blood transfusion.  In fact, without it, a lot of my vital organs would have begun to shut down as a result.  My hemoglobin levels were just under 5.8 – regular levels are around 11.9 or higher. Before doing the transfusion, I was ordered to complete another vaginal ultrasound where they discovered that those fibroids I had in November had grown to over 6.6 cm in a matter of 3 months.  Three. Between the fibroids, ovarian cyst, and my regular cycle, my body was drained. It was the sickest I have ever been, and it still continues to be a struggle today. That OB I talked about previously? They saw me a couple of days later, only to disregard my feelings and my pain, again, and sent me on my way.

My follow up appointment with them was supposed to be the very next week.  Guess what? They canceled, again. This time … until MAY. I refuse to sit back and be in  pain continuously, to be so sick that I can’t get through my everyday life. I immediately began looking for other offices that would not only give me a second opinion, but would also value my concerns.  I’m proud to say that I was successful in doing so, but the fact is barely over.

I’ve done so much research on uterine fibroids and cysts, especially about the dramatic effects they have on the body and how to, somehow, prevent them from getting as bad as they were.  If anything, I blame myself for being so incredibly hard headed and not going to the doctor sooner … for not pushing to see another OB when mine kept neglecting my feelings, but I’m glad that it happened so I can learn from it.  Everything isn’t in the clear, yet, I’m still waiting to hear about the possibility of surgery … but ladies, I want to stress this. Do not ignore your pain, and do NOT continue to see a doctor who doesn’t care about how you feel or take you seriously. One small symptom you continue to ignore could change your life.

One thought on “Changes”